Generator of innovative books, KAHL Editions is a publisher that focuses on researching unpublished contemporary artists.
Experts in layout and printing, our publications are marked by high quality finish and a dedication to providing authentic works. 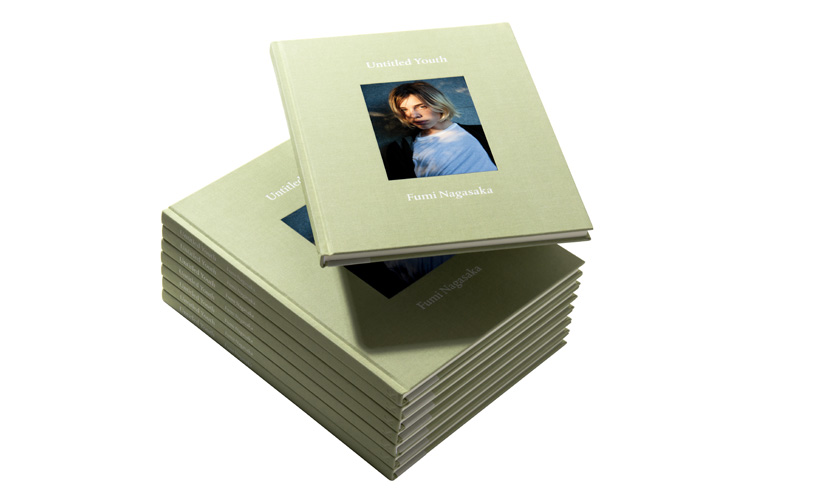 Both photographers used to live in Tangier, captured the city, and finally decided to intersect their gazes. The approach is subjective, sensitive to the passage of time, balancing documentary and fiction. 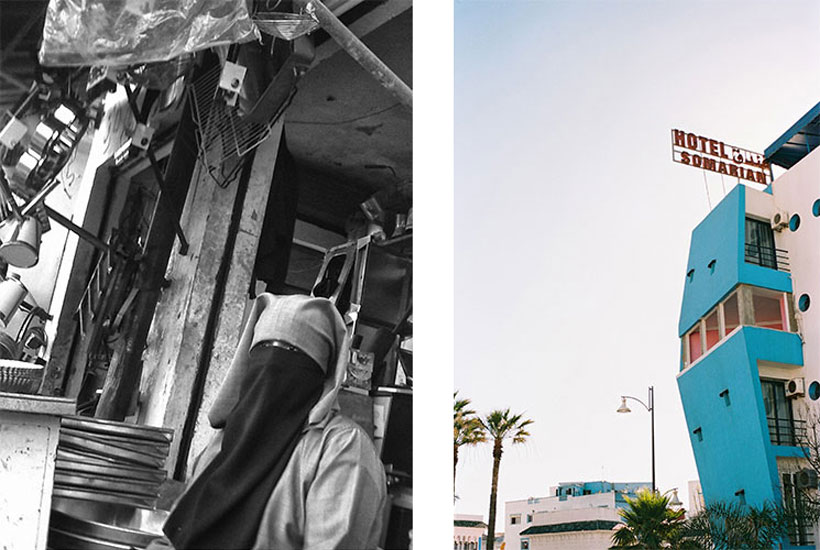 During the colonial period in the Americas, a “Cimarrón” was a Black fugitive slave who lived a free life in isolated corners of society. After independence, when slavery was abolished in Mexico, the Afro-descendant population began to group mainly in two parts of the Mexican territory: Veracruz and the Costa Chica.
El Cimarrón y su Fandango speaks to us in an allegorical way of the past of a Black community and its journey through colonial history, its integration into the territory and its current sense of identity within it. 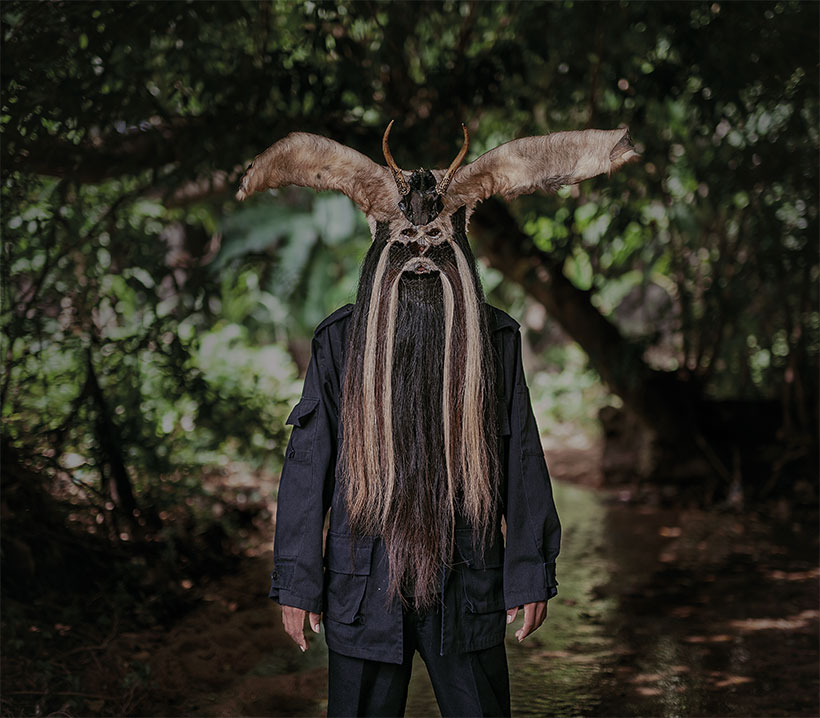 Julie Joubert met Ahmed in 2017 at a reintegration center for troubled youth. Through social media, they met two years later. Diminutive, nickname, pseudonym: MIDO.
Presenting himself under different identities in the course of his encounters, Ahmed hides as much as he wants to be discovered. Through a chaotic life path, punctuated by painful elements, he survives with the dream of becoming a model. 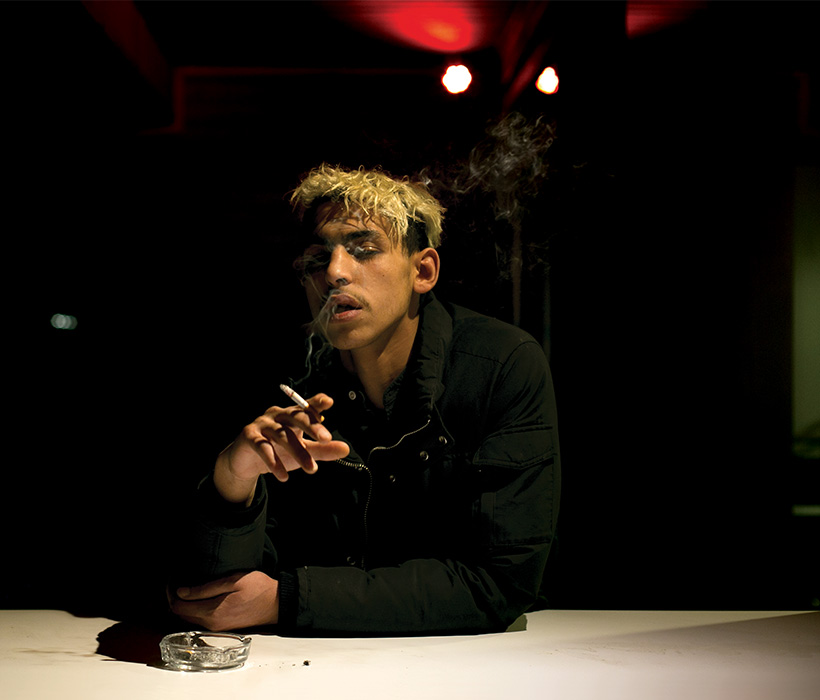 "When you are looking things with a new eye, you can live again. Then you realize how powerful you can be by pushing others to see what they cannot see by themselves."
From cubism and abstract art to the avant-garde, each image determines how Serge Najjar sees things around him. Lebanon through his eye is a question about a context, an aesthetic, and our ability to redefine what we think we already know. 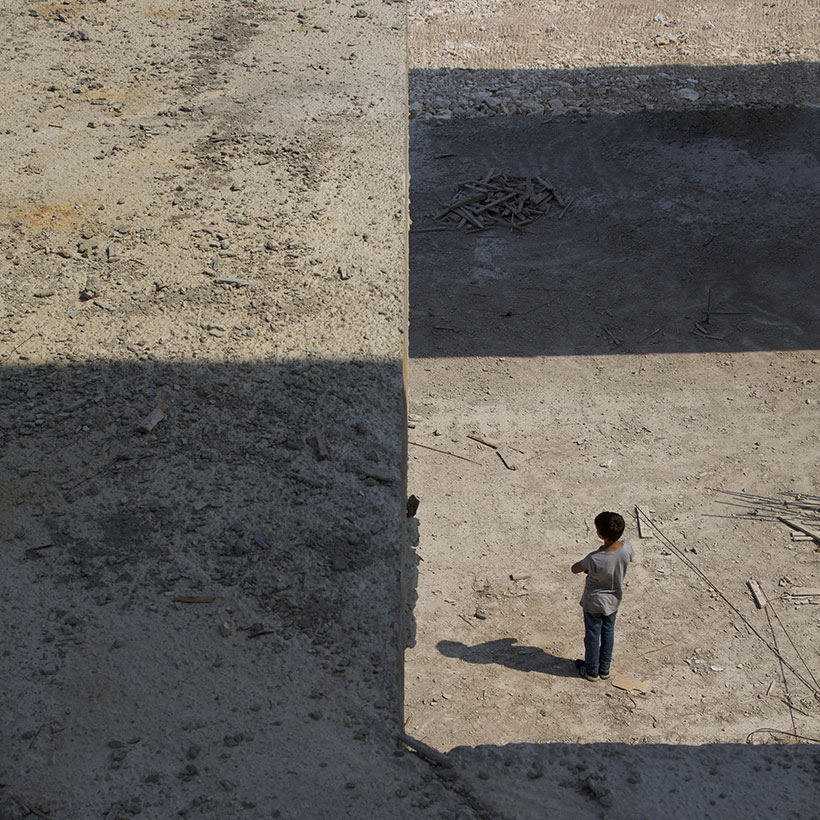 Alice Rosati - I Am A Mermaid
Released: January 2020

"Does it really exist? This is the confusion that this five-year long adventure has distilled. The photographs of Alice Rosati are there to prove it to us. On the shores, in front of a pedestrian crossing, in a hotel room, wherever you are, the mermaid was looking for her place without finding it. With time it became the paragon of the difficulty to be in this world, and a symbol of maladjustment." — Léa Chauvel-Lévy 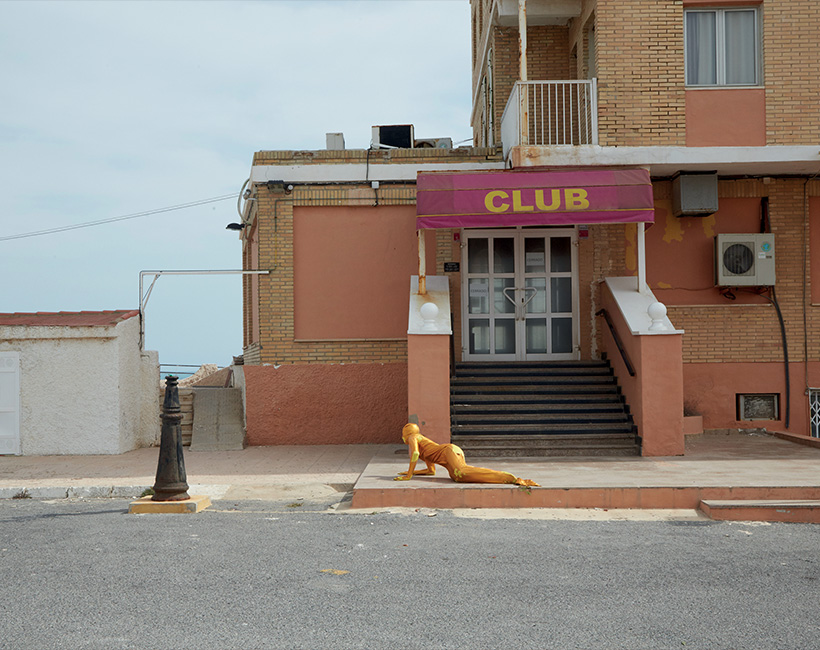 "How heavy is Europe? How heavy is the burden of History? How difficult will the future be?
These are the questions posed by Patrick Bienert’s photographs. He is a inconspicuous man and observer, who almost disappears behind his camera, so that the energy of the model and the surroundings flow not towards him, but towards his camera lens. Bienert has always travelled around Georgia, a remote country on the fringes of Europe, in search of its identity. A country that, for all its rich and unique History, still seems somewhat lost in the present. The formidable faces Patrick Bienert found there are full of pride and archaic beauty, yet every cheek appears as if brushed by a breeze of futility." — Florian Illies 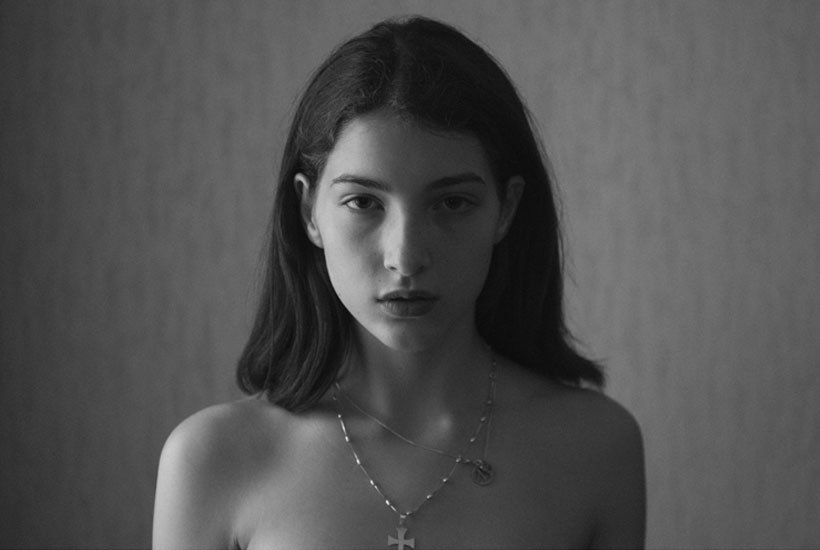 "Make no mistake: Charbon is destined to be legendary. In twenty years, the book will be a collector’s item that young people will circulate among themselves, they will make every effort to see the film." - Art Critique

Entering the intimacy of the alternative Parisian scene, CHARBON portrays a new generation of artists: authors, photographers, illustrators, performers, musicians, poets.
KAHL Editions, in collaboration with the Black New Black collective, gathered no fewer than 50 participants, all of whom play a role in shaping the creative singularity of Paris.
CHARBON is also an Awards-Winning experimental movie (directed by Elora Thevenet), DVD included with the book.
CHARBON is the first volume of The UNDER Collection. 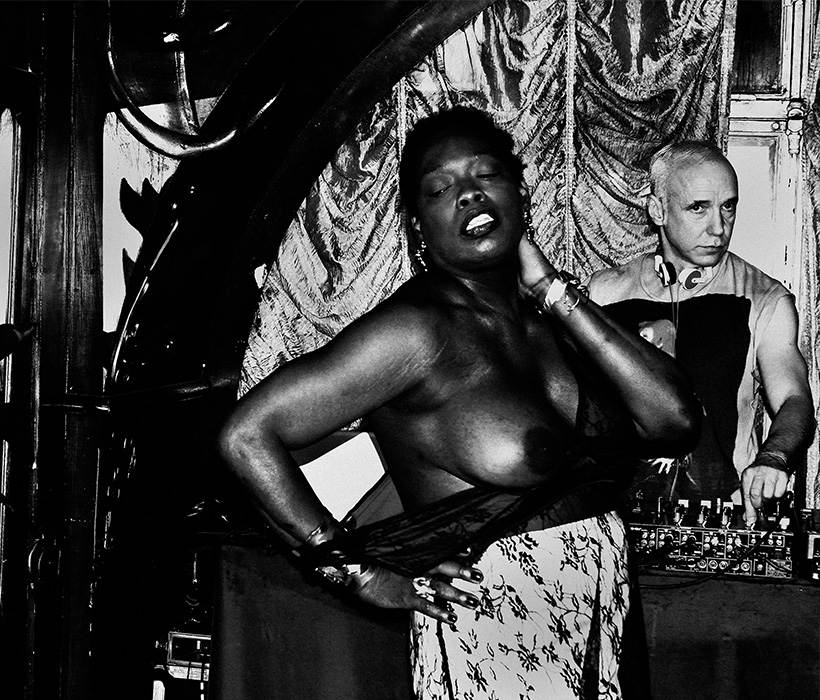 Following personal aesthetics over trends, Julien Boudet is known for documenting the evolution of fashion inspired by the minimalist, surrealist movements and architecture. For his first book, Bleus Visages, Boudet decides to go back to his native city, where Bleu Mode was born. Growing up in Sète, encompassed by the Mediterranean Sea in the South of France, Julien Boudet has always had an affinity with the color blue. Through his heightened sense of time and space in collaboration with his immaculate attention to detail, Julien Boudet is capturing the local people accompanied by a text of the philosopher Jean-Louis Cianni. 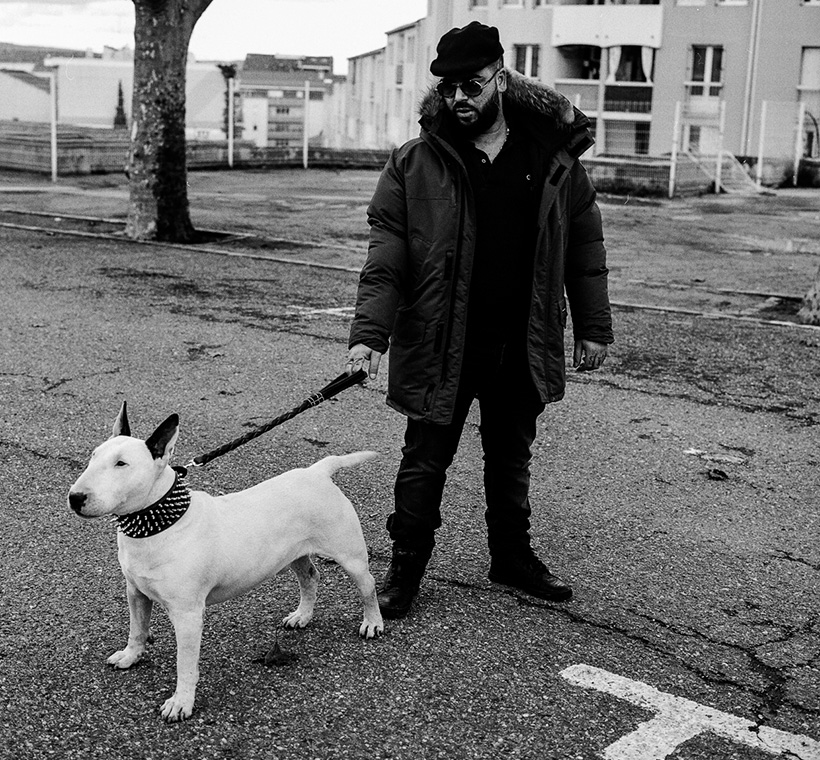 Artsi Ifrach works in Marrakesh and creates all his pieces with a total freedom from the state of mind he has at the moment. Being respectful of the past and the culture to bring something warmer. Vintage fabrics can match past and present. Colours and prints are his landscapes.
The process of creating each picture, starts with a piece he creates in that day, as he makes one of a kind pieces and he tries to make one of a kind pictures with them, pictures that tell stories full of feelings. He creates the whole art direction around it and the picture themselves with himself modelling.
It's very important for him to create a picture that doesn't reflect the time it has being taken and it will be memorable always.
All his pieces are to be sold in the end. 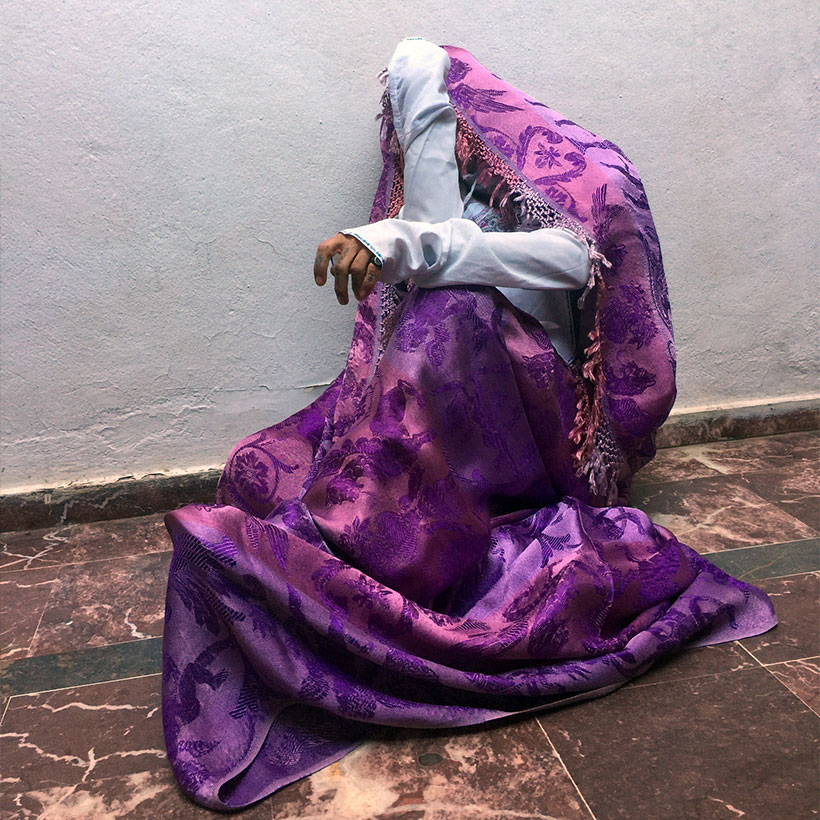 PAPIER was born from the love of its founders for illustration. The format (28x38cm closed) and the quality of the printing, makes it a unique object on the market.
Illustrators who have an influence and originality in contemporary illustration, from different countries, are invited to create an original artwork for the magazine.
For the 3d issue of PAPIER Magazine, KAHL Editions is glad to collaborate with Dimanche Studio.
Each issue is a new theme. The theme for PAPIER 03 is PROVOCATION. 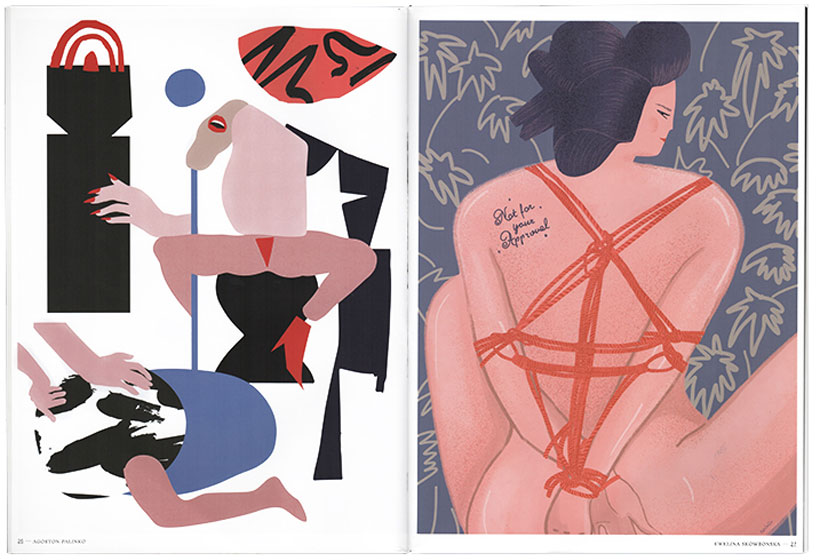 ‘Imago’ refers to the last phase of insect metamorphosis, a post-growth, pre-adult stage where they appear fully-formed but smaller. Zuza Krajewska’s portraits of young offenders at a custody centre near Warsaw examines this transitional period between physical maturity and full adult development. Her subjects were brought to the centre for their inability to follow the codes of society. Had they been adults, many of their crimes would have earned them a jail sentence, but the potential of growth and development to their still-childlike characters granted them an opportunity to be rehabilitated – and, one-day, reintroduced to society. 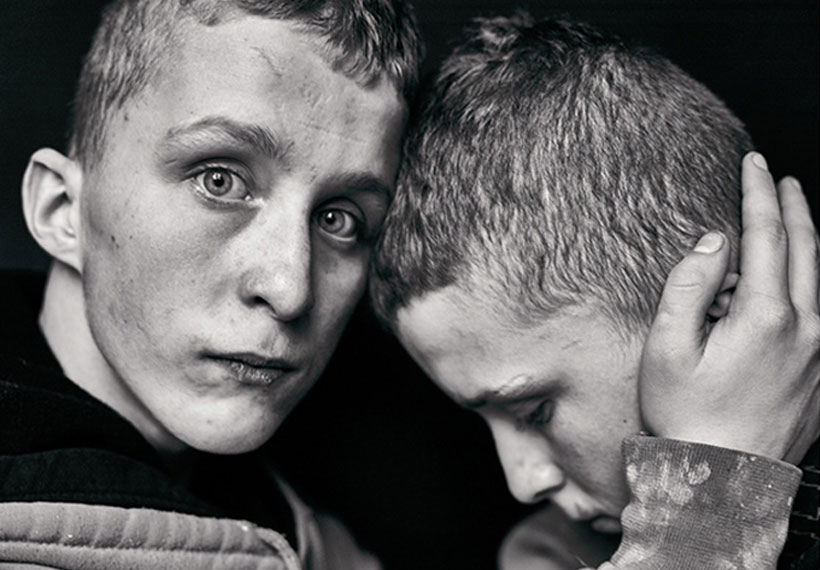 "Every person documented in this book conveys that feeling of purity. They have allowed Fumi to capture them baring their souls. What she does in turn is capture an honest representation of youth – a moment in time during adolescence when things are pure. You are not yet sure of who you are yet, or who you are going to be, and you are still experimenting with your identity.
This particular body of work celebrates that very notion: the fleeting beauty of youth. They are intimate images that convey Fumi’s unique obsession with youth and dreaming of being forever young." - Robbie Spencer 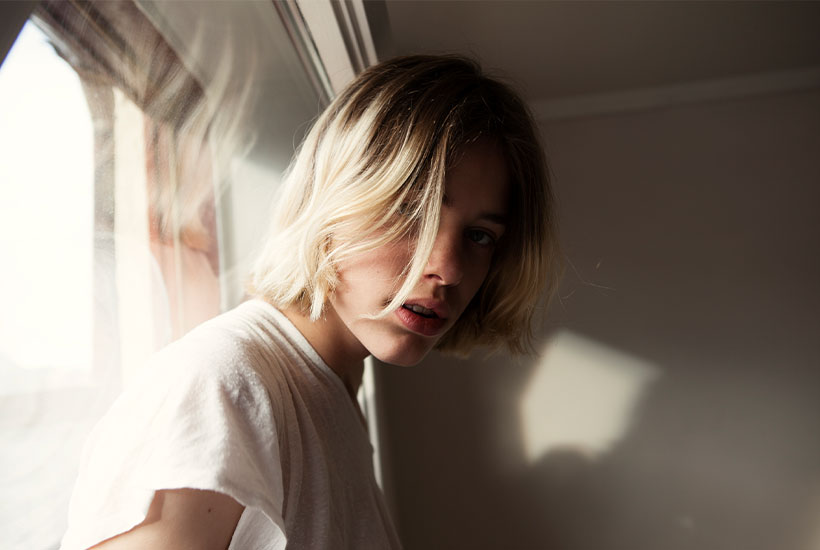 Nordine Makhloufi is a photographer born and raised in Paris who has documented his friends throughout their growth and their impact on the upcoming and changing society and viceversa. He has built a diary where friendship is at the heart of the narrative and where courage, care, pain, fun and creativity are the color palette of an amazing work of art. 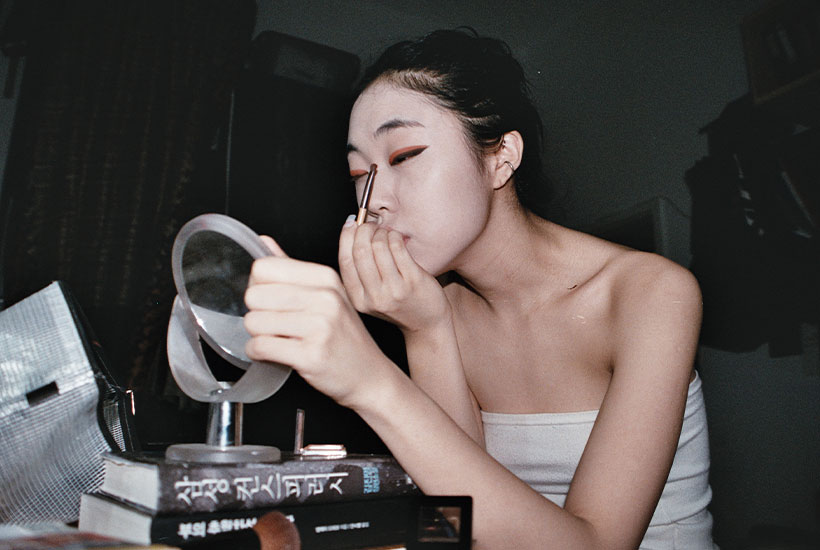 Inspired by the energy and tension from the members of the St Paul’s Marching Wolves, Fumi Nagasaka started to photograph them in May 2017.
First time she met them, they appeared and started to perform in front of her and instantly caught her eyes.
She travelled back to New Orleans in 2018, and 2019 to photograph these kids on different parade routes, and also in their private life for some of them. 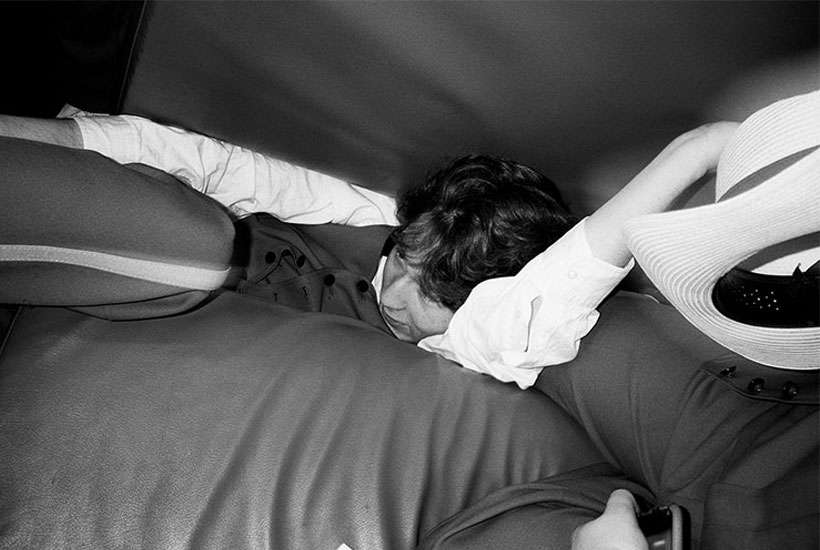 "Japan begins and ends
with Japan.
Nobody else knows the
story.
… Japanese dust
In the Milky Way." 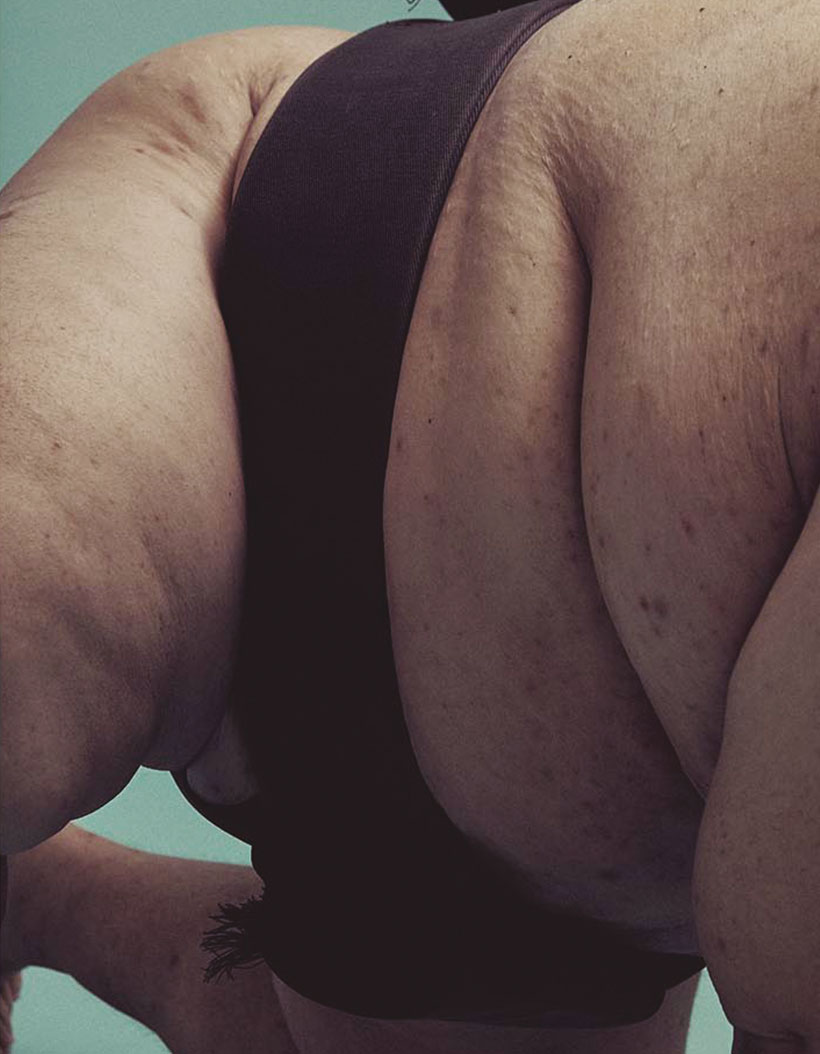 In 2017, Ana María Arévalo Gosen started working on a very daring project: photographing women in detention centres in Venezuela.
Through these shocking images, whose photographic composition is high quality, we see women imprisoned in inhuman conditions. This exclusive report thus opens our eyes to the current state of detention centres in Venezuela.
The harsh living conditions in prisons and pre-trial detention centres in Venezuela have been denounced by the non-governmental organizations A Window to Freedom and Observatory of Prisons. Human Rights Watch also warned that they were among the most violent in Latin America. Ana Maria spent whole days in the cells with the inmates. They talked for long periods and recounted their experiences. An understanding of trust was established, and that's when Ana Maria turned on her camera.

Through a reinterpretation of archives from the Golden Age of Mexican Cinema, from the mythicised cowboy culture, or the traditional Mexican culture, Ana Segovia engages with established gender symbols and patterns in popular perception.
Her work shows her interest in the performative aspect of masculinity and its stereotypes. Her paintings and videos, in cinematic lighting and colours, examine commonly romanticised archetypes through her own queer gaze. 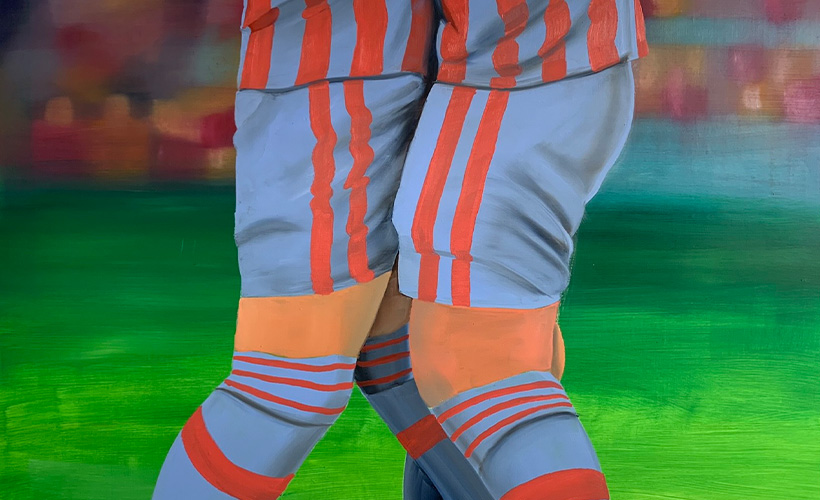 Michel Kameni (1936-2020), nicknamed “Papami” is a Cameroonian photographer. His work explores the evolution of a postcolonial Yaounde by portraying its inhabitants with incredible kindness and passion. These images are more than just a document, they are also an intimate study of the relationship between the photographer and his subject.
In September 1963, he opened a photo studio in the Briqueterie district of Yaoundé, where the whole of Cameroonian society passed before his lens, from all social circles and different cultural backgrounds, Christians and Muslims, urban socialites to provincial farmers, all travelling through this great city.
In 2017, French photographer Benjamin Hoffman came across the work of Michel Kameni, and built a solid relationship with him. Benjamin decided to start highlighting his work. When Michel died in 2020, the Kameni family bequeathed the artistic estate of Michel to Benjamin, so he could continue highlighting this incredible work. 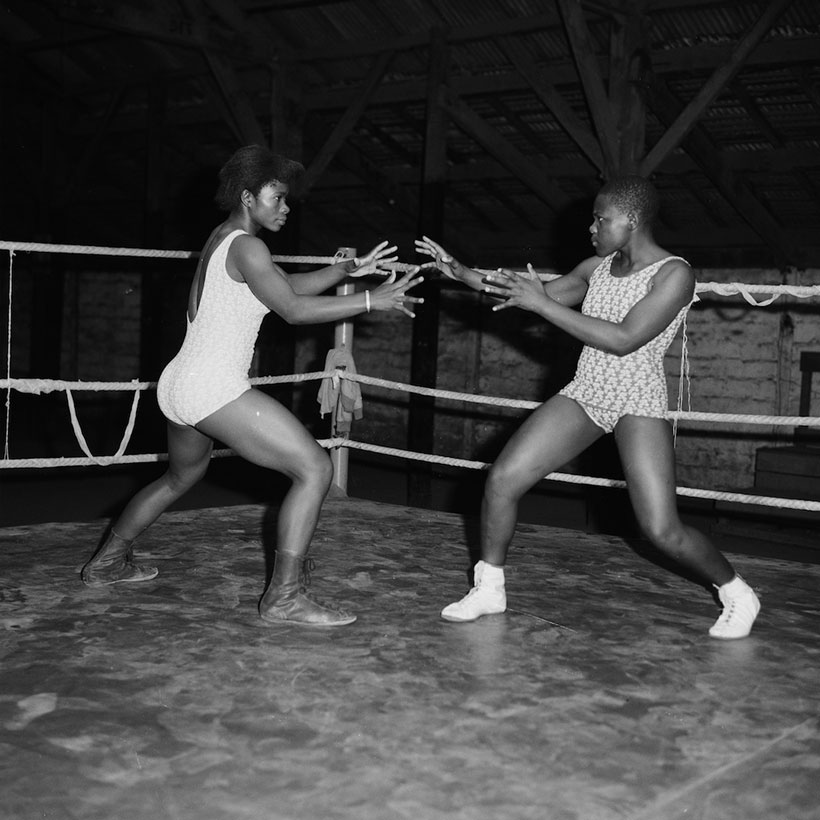 Since 2011, one million people have reached Europe, forced to flee from war and violence. They are mostly from Syria, Iraq and Afghanistan. There are more than twenty five million refugees in the world. Internally displaced people amount to forty five million. That’s the highest number ever. War and violence force one person every three seconds to flee.
“We must go!” That’s what I heard everywhere. “We must go!” That’s what I heard in the war. 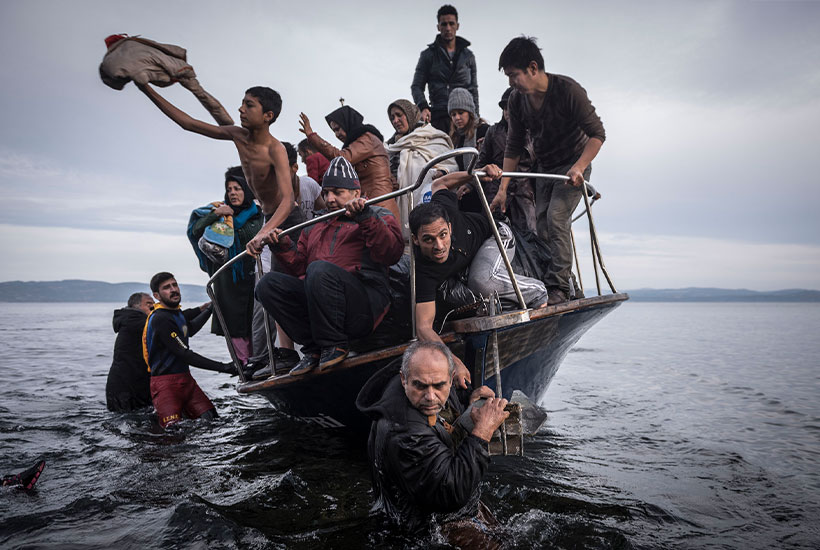 Text: Laura Albert
In de Castro's Boys and Girls toward the close of the book, almost a postscript, Genesis P-Orridge gazes out, a war-weary glorious ruler. Genesis' words thread through all these photos: "Some feel like a man trapped in a woman's body, others like a woman trapped in a man's body. The Pandrogyne says, 'I just feel trapped in a body.'" 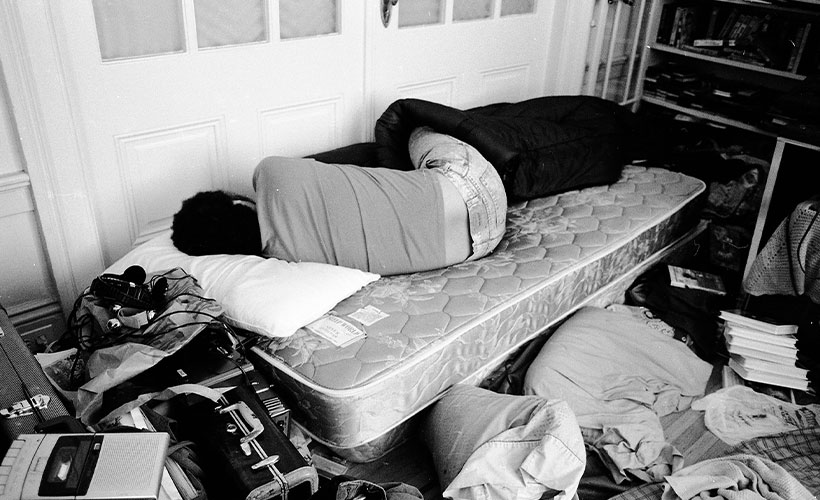