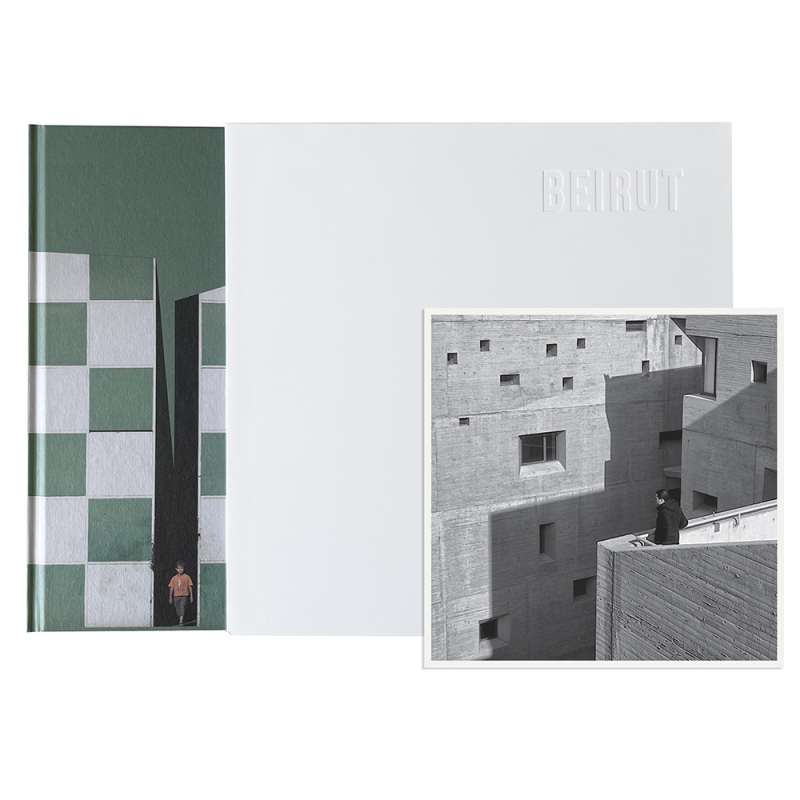 Collector's Edition with a numbered and signed 20x20cm print + slipcase
Image: The Weight of my Thoughts
25 numbered copies

Serge Najjar writes with lines and plays with shadows. [...] For me, some images evoke the utopia of the architects of the Enlightenment era, who had dreamt of them but never achieved them. Had they been photographers, they would have been compelled to compose with reality. Receptive to the variations of Time, Serge has not drawn on a memory of Beirut, – no pictures of “old stones” – but homed in on the realities of a changing city.

[...] There was the Beirut of childhood dreams inside bomb shelters, then the city he fled due to the fighting, then finally the building sites of reconstruction. The discovery of his city would go on to establish his need to write with the light and to triumph over darkness.

In his animated images, a fraction of a second signifies timelessness, and the image can no longer be conceived of without its author, a fleeting shadow or incarnate presence. Serge calls on us to follow him in these architectures of light, and to pass through the mirror of appearances.

The history of Beirut calls for constant resurrection. The Beirut of Serge Najjar is the book of time dreamt, reinvented and then accomplished, the book of a captured time.