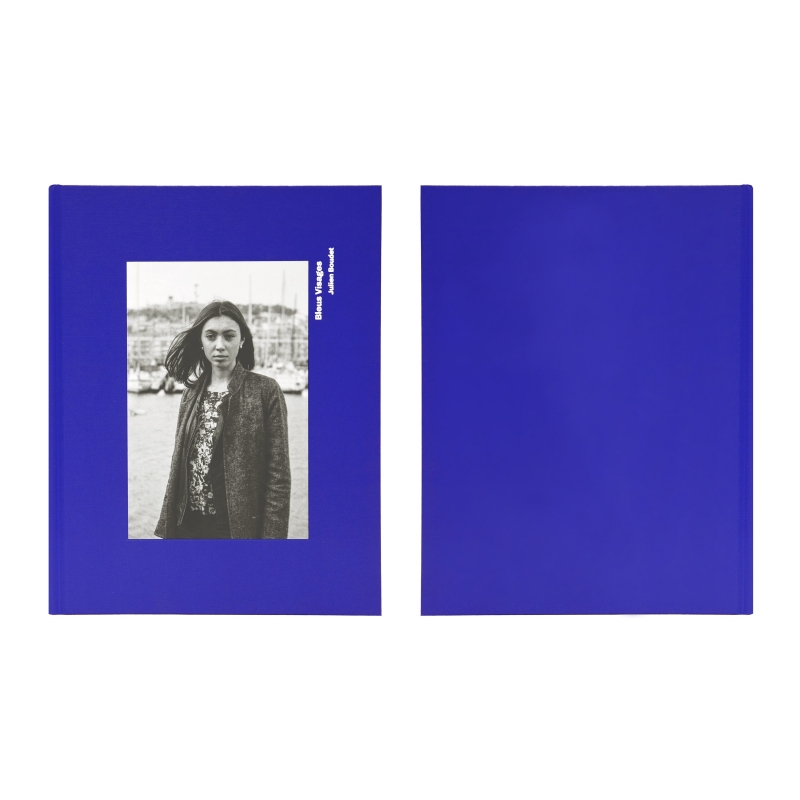 Julien Boudet returned to his hometown for a reportage on a seaport stopover. This place of birth, its inhabitants and his own gaze come together in the singular form of Bleus Visages.

The title is as enigmatic as the city and its inhabitants, as though seeking to grasp something ineffable, explore something unfamiliar. His choice of black and white only adds to the ambiguity, arousing further curiosity.

Bleus Visages tells the tale of a community and describes its scenery, sea and sky swimming together in the background. The port, with its bridges, wharfs and piers; departures and arrivals; embarkation and terminal; sailing off and anchoring. Sea and sky flow over every last thing and every single day, covering the least worry or moment of glee in a great blue magma. It will go unseen. Or rather, the frame will lose its dominant colour, allowing it to emerge more strongly, gain presence against a backdrop of absence.

Bleus Visages also recounts the characters who come to perform their lives on the Sète stage. The sea and sky, their blueness, flow in and over faces. It shapes faces, tracing wrinkles, highlighting shadows under eyes, freezing expressions. Sea all around, sea tattooed on skin in indelible ink. And beyond the physical features that it stamps on islander bodies and their internal fabric, something more appears. Each face, each body illustrates a one-way journey, an exile – an uprooting and an anticipation. The blue of a face speaks not only of geography, but of history, and of individual stories